From Chatterton’s Pre-Raphaelite demise to Keats’ death warrant in a smudge of arterial blood; from Dylan Thomas’s eighteen straight whiskies to Sylvia Plath’s desperate suicide in the gas oven of her Primrose Hill kitchen or John Berryman’s leap from a bridge onto the frozen Mississippi, the deaths of poets have often cast a backward shadow on their work. The post-Romantic myth of the dissolute drunken poet – exemplified by Thomas and made iconic by his death in New York – has fatally skewed the image of poets in our culture. Novelists can be stable, savvy, politically adept and in control, but poets should be melancholic, doomed and self-destructive. Is this just a myth, or is there some essential truth behind… 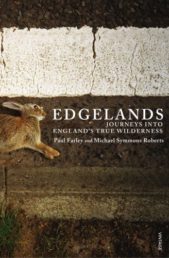 The wilderness is much closer than you think. Passed through, negotiated, unnamed, unacknowledged: the edgelands – those familiar yet ignored spaces which are neither city nor countryside – have become the great wild places on our doorsteps. In the same way the Romantic writers taught us to look at hills, lakes and rivers, poets Paul Farley and Michael Symmons Roberts write about mobile masts and gravel pits, business parks and landfill sites, taking the reader on a journey to marvel at these richly mysterious, forgotten regions in our midst. Edgelands forms a critique of what we value as ‘wild’, and allows our allotments, railways, motorways, wasteland and water a presence in the world, and a strange beauty all of their own.

Deaths of the Poets Edgelands