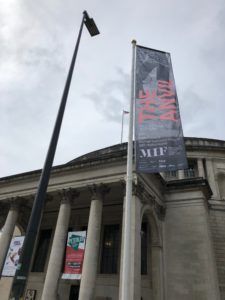 In a new commission from the Manchester International Festival, Michael worked with composer Emily Howard to produce a major new choral work – The Anvil –  to mark the 200th Anniversary of the Peterloo Massacre. The premiere took place as part of MIF at Manchester’s Bridgewater Hall in July and was broadcast on BBC Radio 3 on the Peterloo anniversary date. The piece was part of a wider collaboration for MIF including theatre group ANU and a wide group of artists, singers, performers and speakers.