Michael was born in 1963 in Preston, Lancashire, UK, and spent his childhood in Lancashire before moving south with his family to Newbury in Berkshire in the early ‘70’s. He went to comprehensive school in Newbury, then to Oxford University to read Philosophy & Theology.

After graduating, he trained as a newspaper journalist before joining the BBC in Cardiff as a radio producer in 1989. He moved with the BBC to London, then to Manchester, initially in radio, then as a documentary filmmaker. His last job at the corporation was as Executive Producer and Head of Development for BBC Religion & Ethics, before he left the BBC to focus on writing.

His 8th poetry collection – Ransom – was published by Cape in March 2021.

He has previously received the Society of Authors’ Gregory Award for British poets under 30, the K Blundell Trust Award, and was shortlisted for the TS Eliot Prize for his 2001 collection Burning Babylon. In 2007 he received a major Arts Council Writers Award.

His work for broadcast includes the BBC4 verse film Men Who Sleep in Cars – described by the Observer as “a work of genius”,  A Fearful Symmetry – for Radio 4 – which won the Sandford St Martin Prize, and Last Words commissioned by Radio 4 to mark the first anniversary of 9/11. His first novel – Patrick’s Alphabet – was published by Jonathan Cape in 2006, and his second – Breath – in 2008.

Edgelands (2011) and Deaths of the Poets (2017) – his two nonfiction books co-written with the poet Paul Farley – were published by Cape in hardback and Vintage in paperback. Edgelands won the Jerwood Non-Fiction Prize and the Foyles Book of Ideas Award, and was shortlisted for the Royal Society of Literature’s Ondaatje Prize.

He is Professor of Poetry at Manchester Metropolitan University, is married with three sons and lives near Manchester. 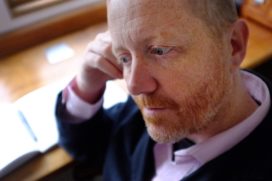 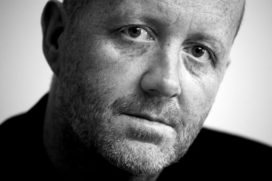 To download a high resolution (300dpi) version of the pictures above suitable for print reproduction please click on the image.