Ransom is an intense and vivid exploration of liberty and limit,  of what it means to be alive, and the possibility of hope in a fallen, wounded world. The poems in Ransom display all the lyrical beauty and metaphysical ambition for which his work is acclaimed, but with a new urgency, a ragged edge to what the Independent described as his ‘dazzling elegance’. At the heart of this new book are three sequences – one set in occupied Paris, one an elegy for his father, and one a meditation on gratitude – that work at the edges of belief and doubt, both mystical and philosophical. The idea of ‘ransom’ is turned and turned again, poem by poem, seen through the lenses of personal grief and loss, cinematic scenes of kidnap and release, narratives of incarnation and atonement.

You can hear Michael talking about, and reading from, Ransom on Radio 3’s ‘The Verb’, on BBC Sounds:

MODERN METAMORPHOSES, a Radio 4 series on poetry and the body, written and presented by Michael and produced by Geoff Bird, was broadcast in February and is available for catch-up listening via BBC Sounds.

THE ANVIL, a work for choirs, soloists and orchestra with music by Emily Howard and libretto by Michael, has been nominated for an Ivor Award in the category ‘Best Large Orchestral Work’.

The piece was commissioned by the Manchester International Festival in 2019 to mark the 200th anniversary of the Peterloo Massacre. It was performed at Manchester’s Bridgewater Hall and broadcast on BBC Radio 3. 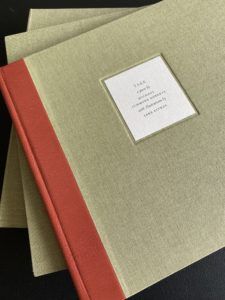 Andrew Moorhouse at Fine Press Poetry commissioned Michael together with painter Jake Attree to collaborate on a response to Bruegel’s painting ‘Procession to Calvary’ for a limited edition publication. Michael’s response was a sequence of 12 short poems under the title TAKK, set in contemporary Manchester. The complete sequence was also published in the summer edition of Poetry London, and will appear in Michael’s next Cape collection – RANSOM – to be published in March 2021.

The Fine Press Poetry edition of TAKK is available in standard, deluxe and presentation editions, all signed by MSR and Jake Attree, via the Fine Press website: http://www.finepresspoetry.com/takk—michael-symmons-roberts.html

In a new commission from the Manchester International Festival, Michael worked with composer Emily Howard to produce a major new choral work – The Anvil –  to mark the 200th Anniversary of the Peterloo Massacre. The premiere took place as part of MIF at Manchester’s Bridgewater Hall in July and was broadcast on BBC Radio 3 on the Peterloo anniversary date. The piece was part of a wider collaboration for MIF including theatre group ANU and a wide group of artists, singers, performers and speakers.

Michael’s dramatisation of Milton’s ‘Paradise Lost’ – broadcast earlier this year on BBC Radio 4, is available to buy as an audiobook or download, co-published by the BBC and Penguin Audiobooks.  The cast includes Sir Ian McKellen as Milton, Frances Barber as his wife Elizabeth and Simon Russell Beale as Satan. https://www.penguin.co.uk/books/1115437/paradise-lost/

Michael’s seventh book of poems – MANCUNIA – has been shortlisted for the TS Eliot Prize, to be announced at a ceremony in January. All the shortlisted poets will be reading at the Royal Festival Hall on the night of Sunday 14th January. See the shortlist, and videos of readings from the poems, here: http://tseliot.com/prize/the-t-s-eliot-prize-2017/videos/#michael-symmons-roberts