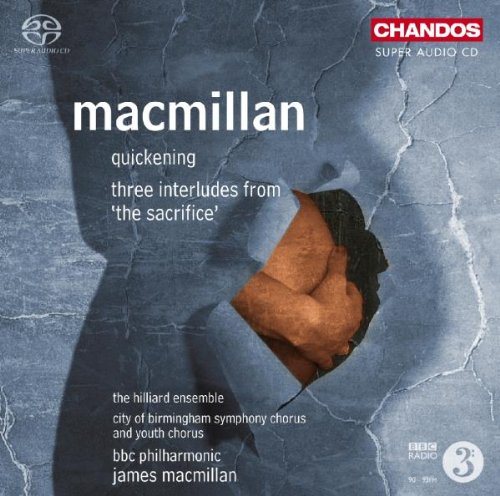 Co-commissioned by the BBC Proms and the Philadelphia Orchestra and Chorus, with the Hilliard Ensemble and the Westminster Cathedral Choir, Quickening sets poetry by Michael Symmons Roberts exploring themes of birth, new life and new impulses.

The work’s three-fold vocal layers juxtapose mysticism and hyper-realism, painting a canvas at one turn intimate and private, at the next epic and celebratory.

“Living Water, with which the work ends, climbs from the glimmering hum of temple bowls to the Mahlerian effulgence of an orchestral and choral climax.”

“Spine-tingling, soul-stirring concert-hall experiences haven’t exactly been thick on the ground at this festival. So to hear massed Scottish forces hurling out James MacMillan’s sensational Quickening under Garry Walker’s cool-headed direction was thrilling…. Using a richly allusive libretto by Michael Symmons Roberts, it deals with the concept of birth in all its explosive, miraculous, life-changing and occasionally threatening forms.”