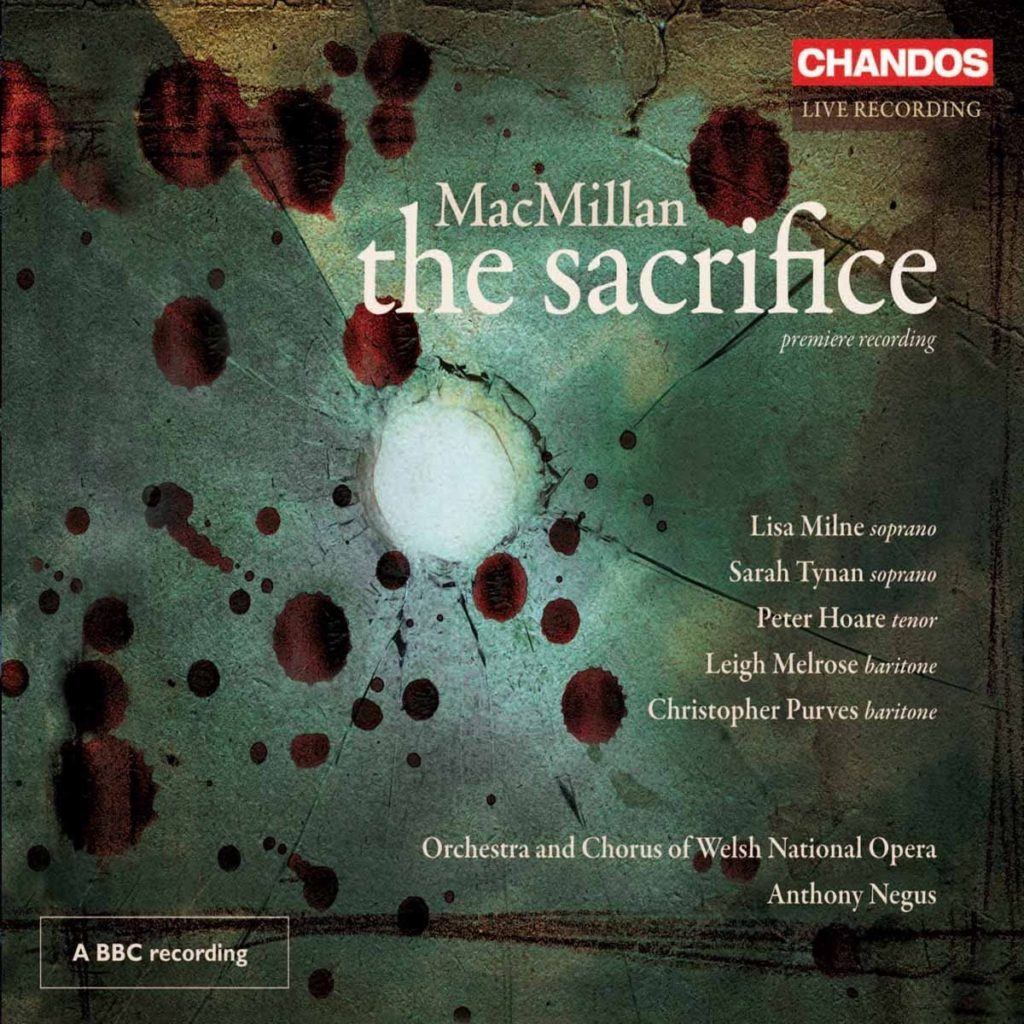 The Sacrifice is an opera in three acts composed by James MacMillan with a libretto by the poet Michael Symmons Roberts based on the Branwen story of the Welsh myth collection, the Mabinogion. The world premiere took place on 22 September 2007 at the Donald Gordon Theatre of the Wales Millennium Centre, Cardiff. The production was staged by Welsh National Opera, directed by Katie Mitchell and conducted by the composer.

Reviews of The Sacrifice

“…there are wonderful passages: a ravishing love duet underpinned by gorgeously folksy orchestration; Verdi-like declamations for the warlords; a choral threnody that summons the anguished modes of Eastern Europe to haunting effect; and a breathtakingly sonorous choral finale.”

“…the applause at the end was as warm as any I’ve heard for a new commission. For MacMillan has created a modern opera for people who dislike modern opera… Few operas enjoy premieres as well-executed as this.”

Awards for The Sacrifice

WINNER OF THE RPS AWARD FOR OPERA