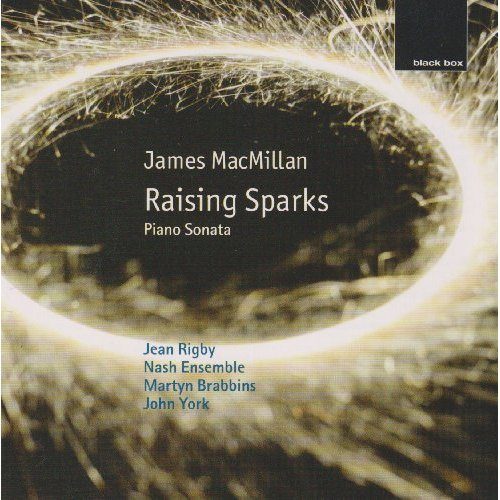 “Martyn Brabbins and the Nash Ensemble here offer a superb recording of a major work by James MacMillan… This 35 minute cantata on the theme of creation and redemption, inspired by Roberts’s poem, and by the writing of the Jewish author Menahem Nahum, takes one inexorably through a kaleidoscopic sequence of symbolic images, with one vivid simile piled on another in Roberts’s striking language.”

“[Raising Sparks]… is as dark as Mussorgsky, as awesome as Akhmatova. MacMillan makes Roberts’ words flow as naturally as psalm-pointing. One moment he is as desolate as Rilke (“came a single lightning bolt”), the next as subtle as Sappho or a Tang dynasty poem (“Under my shell was a smithereen of sun/ hidden in snow among wild yellow olives”)…..the effect is hypnotising.”